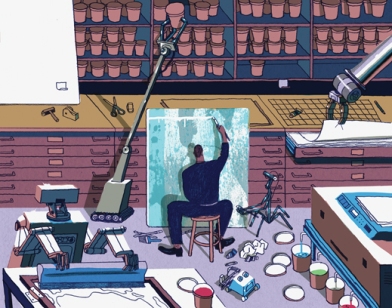 A report by MIT Technology Review published a few days ago, which can be downloaded for free, sheds a greater light on the future of jobs, or the jobs of the future.

Technology has changed the way we work, but also how we deal with the service economy. Things that were a problem a few years ago – like knowing when the bus will come so as to decide whether to wait for it or not, thus saving time – can now be resolved with an app, and even university can be encapsulated in a single app which allows students to access services faster and better, as in the case of the new LUISS super app.

A remarkable feature of the MIT report is the interview with Steve Jurvetson, founding partner at the venture capital firm Draper Fisher, a board member at SpaceX and Tesla Motors, one of Elon Musk’s biggest backers and a founding investor in Hotmail. His firm claims to have funded companies that have created more than 20,000 jobs in the past five years, and to have brought nearly two dozen companies to $1 billion in value before exiting.

Jurvetson predicts that 90% of the population 500 years from now will be unemployed, and everyone is going to be involved in some kind of information or entertainment. Nobody on the planet in 500 years will do a physically repetitive thing for a living. There will be no farmers, there will be no people working in manufacturing. People might do it for fun. They might have an organic garden in the backyard because they love it. Five hundred years from now, maybe 10 percent of people on the planet will have a job in the sense of being paid to do something.

An apocalyptic view in a sense, an exciting one on the other. Could we imagine a world like that? What about the “humanity” of jobs?

In June 1930, John Maynard Keynes, speaking at a conference in Madrid ( the speech appears in the ninth volume of his Collected Writings, titled “Essays in Persuasion”) brilliantly foresaw the historical and technological moment we are now experiencing.

We are being afflicted with a new disease of which some readers may not yet have heard the name, but of which they will hear a great deal in the years to come–namely, technological unemployment. This means unemployment due to our discovery of means of economising the use of labour outrunning the pace at which we can find new uses for labour. But this is only a temporary phase of maladjustment. All this means in the long run that mankind is solving its economic problem.

One of the main factors highlighted by the authors of the MIT report is precisely the difference between technological and human work, the very same difference Keynes was talking about almost a century ago. Some tasks could be surely automated, without burdening the employees, but there are still things that machines do not do well and that render the technological unemployment Keynes was referring to a temporary phase of maladjustment.

Nonetheless, human work is changing too. The report clarifies from the very beginning that it is likely that human work will increasingly involve innovative thinking, flexibility, creativity and social skills. This is precisely what machines cannot do well, and this is where we need to invest our precious time.